· For the first time ever get an Original Recipe and Zinger chicken fillet, complete with gravy and garlic mayo, in one bun

· It's the masterpiece you never knew you needed

United Kingdom, July 6, 2019- Today is National Fried Chicken Day and while we know you probably don’t need an excuse to get your KFC fix, the chicken gurus have revealed the ultimate celebratory burger that’s too epic to ignore. After all… it is KFC’s day. 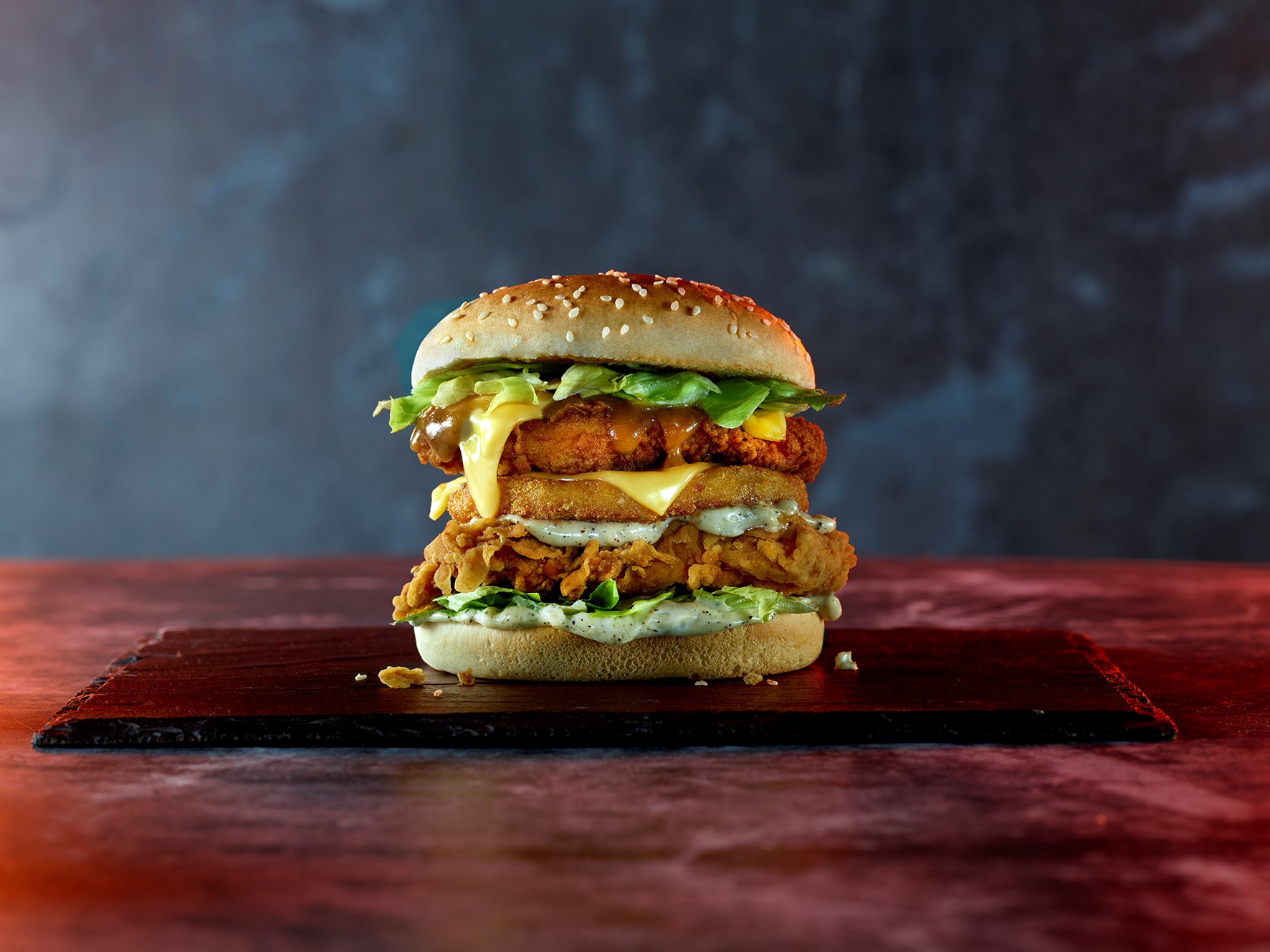 Now, picture this: An Original Recipe fillet alongside a Zinger fillet… together for the first time in a KFC burger. Perfectly complemented by a crispy hash brown, cheese, lashings of Garlic Mayo and gravy, all sandwiched between a lightly toasted glazed bun.

And to all our Finger Lickin’ fans, we wish you a very Happy KFC day!

If enough finger lickin’ fans give the hack a go and tag @KFC_UKI and include #HappyKFCDay in their creations across social media, we might launch this as an official menu item for National Fried Chicken Day 2020. Get tagging!

KFC’s Hacker burger menu hack can be created in the UK from £7.67.

To find out how KFC is celebrating National Fried Chicken Day around the World, visit:www.internationalfriedchickenday.com