WE’RE NOT ONE TO BLOW OUR OWN CRUMPET, BUT…

London, United Kingdom, November 14, 2019- Born out of the very British obsession with crumpets and KFC’s Original Recipe, the Crumpet Burger is the new flavor combo everyone needs in their life. 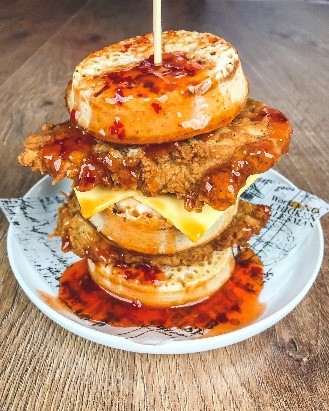 Fans are jumping at the chance to make it at home. Featuring two Original Recipe Fillets, sandwiched between three deliciously fluffy crumpets - toasted to perfection, topped with cheese and smothered in Sweet Chilli sauce. Crust us when we say it’s the best thing since sliced bread…

Want to give it a go? Head to your local KFC and ask very nicely for two succulent Original Recipe Fillets, two cheese slices and a dip pot of Sweet Chilli Sauce. Make sure to pick up some crumpets on the way home.

Check out the recipe on Instagram @kfc_uki here on Insert link.