Milan,Italy January 16, 2020- After Venice Santa Lucia, Bologna and Genova Brignole, Kentucky Fried Chicken arrives in Rome Tiburtina, opening its fourth restaurant on the circuit of the Italian Grand Stations on 17 January and thus confirming the strategic interest of the brand for the travel channel. 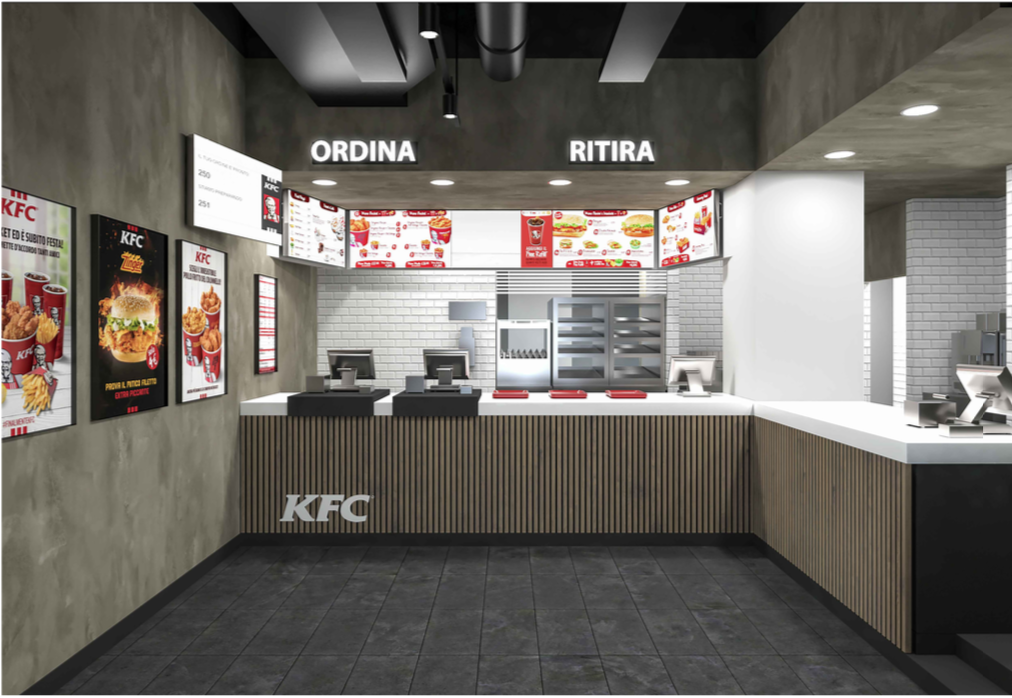 The restaurant is also the fifth in the Municipality of Rome. 40 new jobs have been created with the opening of the Rome Tiburtina restaurant, which is managed by the US Food Network S.r.l., KFC Italia's Franchising Partner, which manages a total of 16 brand restaurants in Italy. The new restaurant, which has an area of about 350 square meters,will be open every day from 7 am to 11pm and also offers the cafeteria area where you can enjoy your meal. There are 90 seats and in the restaurant there are charging stations for electronic devices.

Born in the United States in 1930,Kentucky Fried Chicken is now the world's most popular chain of restaurants serving chicken. It is the market leader with over 23,000 restaurants in 140 countries and employs 750,000 people worldwide. KFC arrived in Italy in 2014 and today has 40 restaurants in 12 regions. KFC is a company of the Yum! Group. Brands Inc. which also includes the Pizza Hut and Taco Bell brands. With over48,000 restaurants in over 145 countries, Yum! Brands is one of the largest catering companies in the world. www.kfc.it