Fried chicken legend Colonel Sanders, via Wieden+Kennedy Amsterdam, has created a new campaign on a shoestring budget to showcase the extreme value of KFC’s new Value Menu in Russia.

Moscow, Russia, October 23, 2019- “I pinched pennies on production, to put even more value in my Value Menu!”- Value Colonel 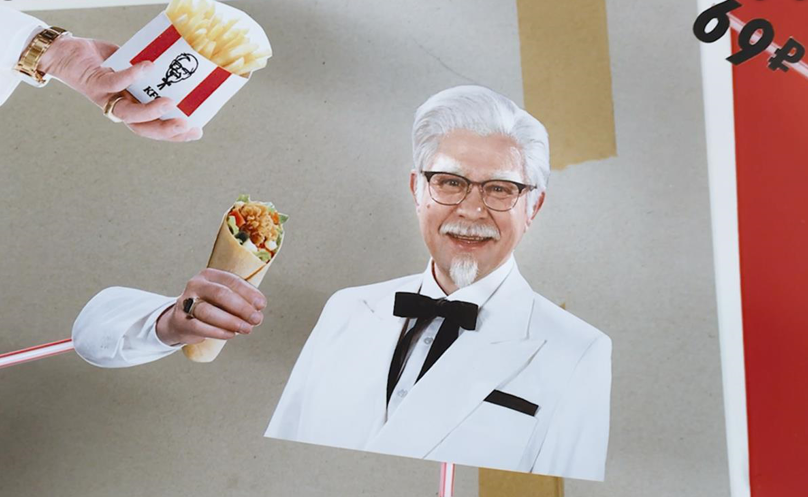 The Russian campaign features the chicken Colonel’s economical alter ego the “Value Colonel”. This discount doppelganger is brought to life with affordable odds and ends such as cut newspapers, balloons, cardboard boxes, socks, and plain old markers. And to really keep the budget down, the Colonel shot the campaign's films on his very own smartphone, and even performed the background music himself.

The Value Colonel’s message is clear:“ You can’t make a good ad for 69 Rubles*, but you can get a Party bucket[1].”

The campaign launched in Russia in early September and will continue airing till the end of the year.