KFC IS THE FIRST FAST FOOD CHAIN IN ITALY TO CARRY OUT A RECOVERY PROJECT
AND DONATION OF FOOD SURPLUSES, IN COLLABORATION WITH THE BANCO ALIMENTARE FOUNDATION

Milan, Italy, October 29, 2019-KFC is the first fast food restaurant company in Italy to undertake an initiative to recover and donate food surpluses. It is the Harvest Program, which is part of the path indicated by the law Gadda 166 of 2016 and is in collaboration with the Food Bank Foundation.. 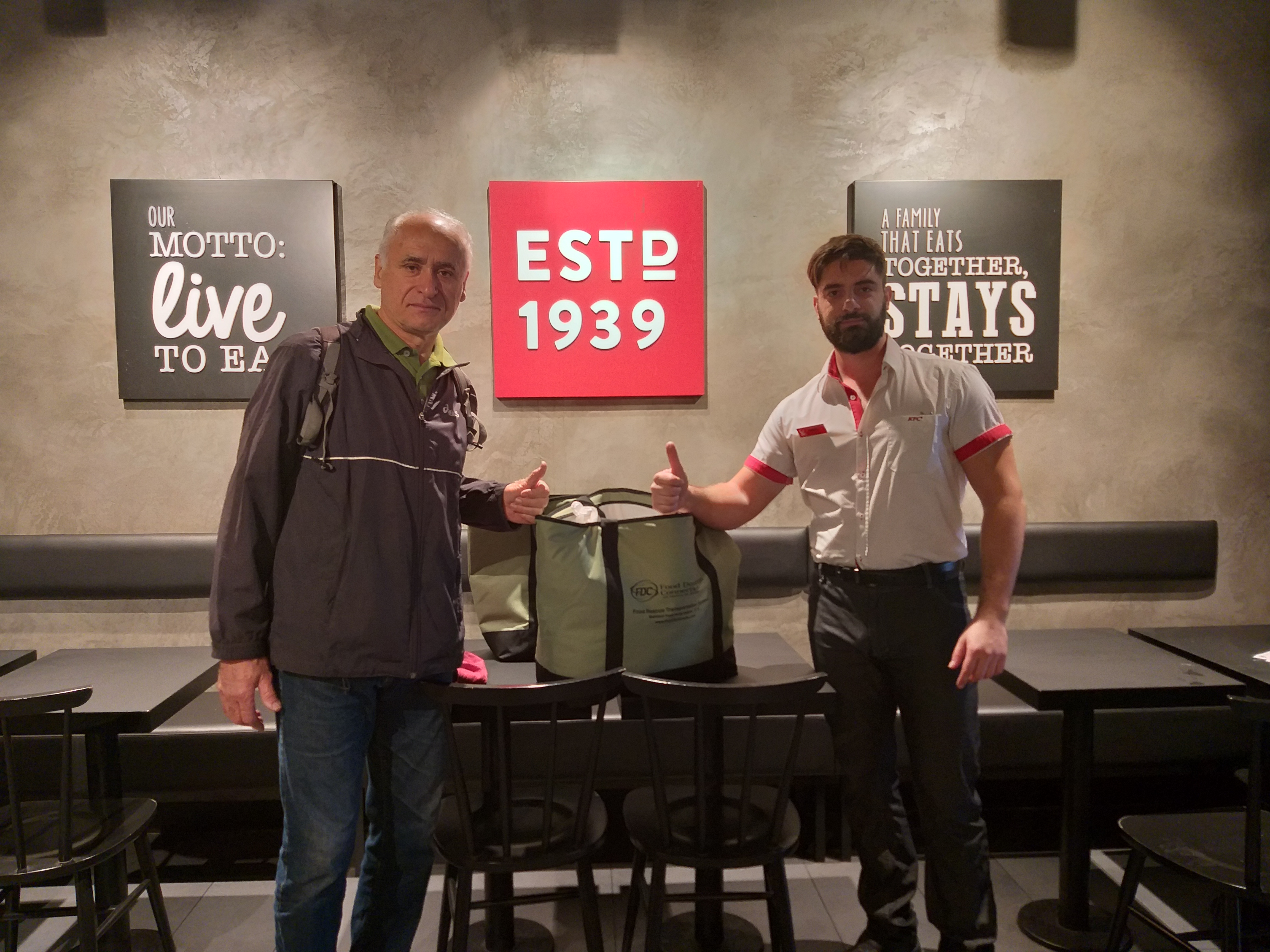 KFC is one of the supporters of the project in Padua that, through the Food Bank of Veneto, gives the surplus fried chicken to the popular economic kitchens managed by the Fondazione Nervo Pasini.

“The team enthusiastically welcomed the opportunity to help the most needy by collecting the chicken surpluses produced in the restaurant. - Says Filippo Braglia, director of the KFC restaurant in Padua-every step, from the collection of the product to be donated to delivery, is followed with care and attention, with the knowledge that this small gesture can make a difference. Taking part in such an important project makes us really proud.”
The Harvest project was started in Italy in October 2017, and as of October 29, 2019, involves 13 restaurants of the 38 present on the territory and 15 charitable organizations, to which about 20,000 meals have been donated to date.

“We are proud to carry out the Harvest project in our country with an authoritative partner such as the Banco Alimentare network that, through its local offices, allows us to get in touch with the assistance organizations on the territory-says Corrado Cagnola, Managing Director of KFC Italia – We hope that our fried chicken can not only help feed those who need it with a tasty product and important protein content, but also bring to those who receive it a sense of celebration and a little joy, as it is in the spirit of our brand and our product.”

PRACTICAL HELP FOR PEOPLE IN NEED

Donations from the KFC restaurant in Padua are intended for the popular economic kitchens managed by the Fondazione Nervo Pasini in Padua, which helps people in economic difficulties.

Popular economic kitchens arose in 1882, following the flood that year, as a kitchen service at the Church of St. Daniel in Padua. The following year the kitchens were entrusted to the management of the Elizabethan Franciscan tertiary sisters who have been continuously serving them ever since. Since 1914 the seat becomes the current one of Via Tommaseo.

Currently, around 300 lunches and 150 dinners are distributed at the CEP every day and guests can also take advantage of the shower service, emergency health service, clothing distribution and washing service.

“The budget of the CEP is powered for more than half of its amount by offerings and donations, without which they could not work – says fr Luca Facco, the president of the Foundation Nerve Pasini, who is the owner of the management of the CEP – Today there is a need for a renewed effort of generosity on the part of the bidders, because the needs are constantly increasing. For this we are grateful to all those who, in all forms, provide us with time and material resources to help our brothers and sisters in difficulty, even to large companies such as KFC and the Food Bank that makes it through”.

"Starting a partnership with KFC is a source of satisfaction for Banco Alimentare Veneto. The extension of this national project, already activated in the Food Bank Network, also in our region will allow us to offer the charitable structures benefiting a tasty product and particularly welcome especially to the many minors achieved by food aid. This plan will allow us also to consolidate systems of logistics of the retreats and the deliveries based on the territorial proximity and with a very reduced logistic impact. So we can save good food, quickly and with an eye to sustainability!"adds Stefano De Guidi, operating director of the Food Bank of Veneto Onlus.

A WORLDWIDE PROJECT SINCE 1992
Around 800 million people worldwide are starving, and every year one third of the food produced globally is wasted: a quarter of the food wasted would be enough to feed everyone who needs it. Harvest is a project that Yum! Brands Inc. it launched worldwide in 1992 and to which KFC joined in 1999, recovering and donating more than 78 million meals so far and involving more than 2700 non-profit organizations in 20 countries.

HOW DOES IT WORK?

Harvest is a simple and very strict system. KFC fried chicken that is not sold during the day is collected in special food-grade bags and labeled with information on quantity, type of product and expiration date. The chicken so packaged is then frozen and stored in the negative cells inside the restaurant, until the withdrawal by the Food Bank that provides to transport it, in special thermal bags, and deliver it to the recipient structure of the donation on the territory. The chicken is then distributed still frozen and packaged to people assisted by charitable organizations or reused by the structures themselves to prepare meals in their canteens.

Born in the United States in 1930, Kentucky Fried Chicken is now the world's most famous chicken chain restaurant. It is the leader of the their market with 23,000 restaurants in 140 countries and employs 800,000 people worldwide. KFC started in Italy in 2014 and has 38 restaurants in 12 regions. KFC is a company of the Yum group! Brands Inc. which also includes the brands Pizza Hut and Taco Bell. With more than 48,000 restaurants in over 145 countries, Yum! Brands is one of the largest catering companies in the world. www.kfc.it