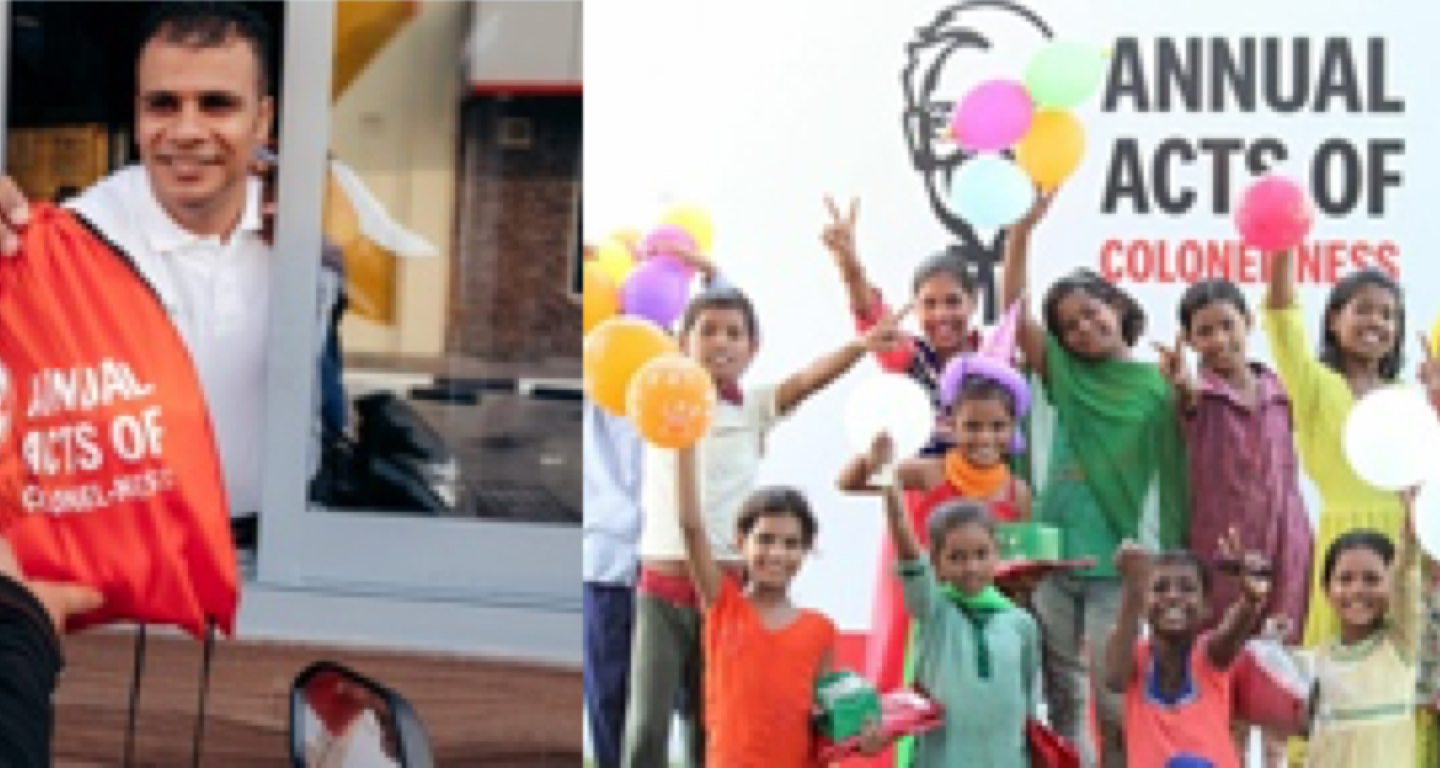 Plano, Texas, Sep. 18, 2018- KFC celebrated its first-ever global community outreach effort this September through a new, annual giving initiative called “Acts of Colonel-ness,” in honor of what would have been founder Colonel Harland Sander’s 128th birthday. To bring the campaign to life, KFC challenged 300,000 team members in more than 130 countries around the world to commit to doing a total of 128,000 acts of kindness in their communities during the month of September.

“KFC is driven by a heart-led culture, grounded in our founder’s original values. The Colonel didn’t reach his ultimate goal until he was 65, but we think people should have the opportunity to do all they can and do it the best they can much sooner than that. This September, we’re proud to live out the spirit of our founder and give back to our communities in a meaningful way,” said Roger Eaton, CEO, KFC Global.

KFC employees around the world committed “Acts of Colonel-ness” to empower people in their local communities, including:

Local community outreach that provides opportunity to others is a long held value of KFC and its employees and franchise partners. Since launching in 1999, the KFC global Harvest program has donated over 78 million pounds of food worldwide. In 2017 alone, KFC team members and franchise partners donated three million meals through Harvest to 1,700 different charities and raised over $14 million to support local youth causes, benefiting six KFC Foundations and over 35 other charities and community partners.

To learn more about the global citizenship and sustainability efforts of KFC and Yum! Brands, visit citizenship.yum.com.

KFC, asubsidiary of Yum! Brands, Inc. (NYSE: YUM.), is a global chicken restaurant brand with a rich, decades-long history of success and innovation.It all started with one cook, Colonel Harland Sanders, who created a finger lickin’ good recipe more than 75 years ago, a list of secret herbs and spices scratched out on the back of the door to his kitchen. Today we still follow his formula for success, with real cooks breading and freshly preparing our delicious chicken by hand in more than 21,000 restaurants in 130+ countries and territories around the world.