The fried chicken experts team up with Beyond Meat®, to bring finger lickin' good plant-based chicken to Nashville and Charlotte 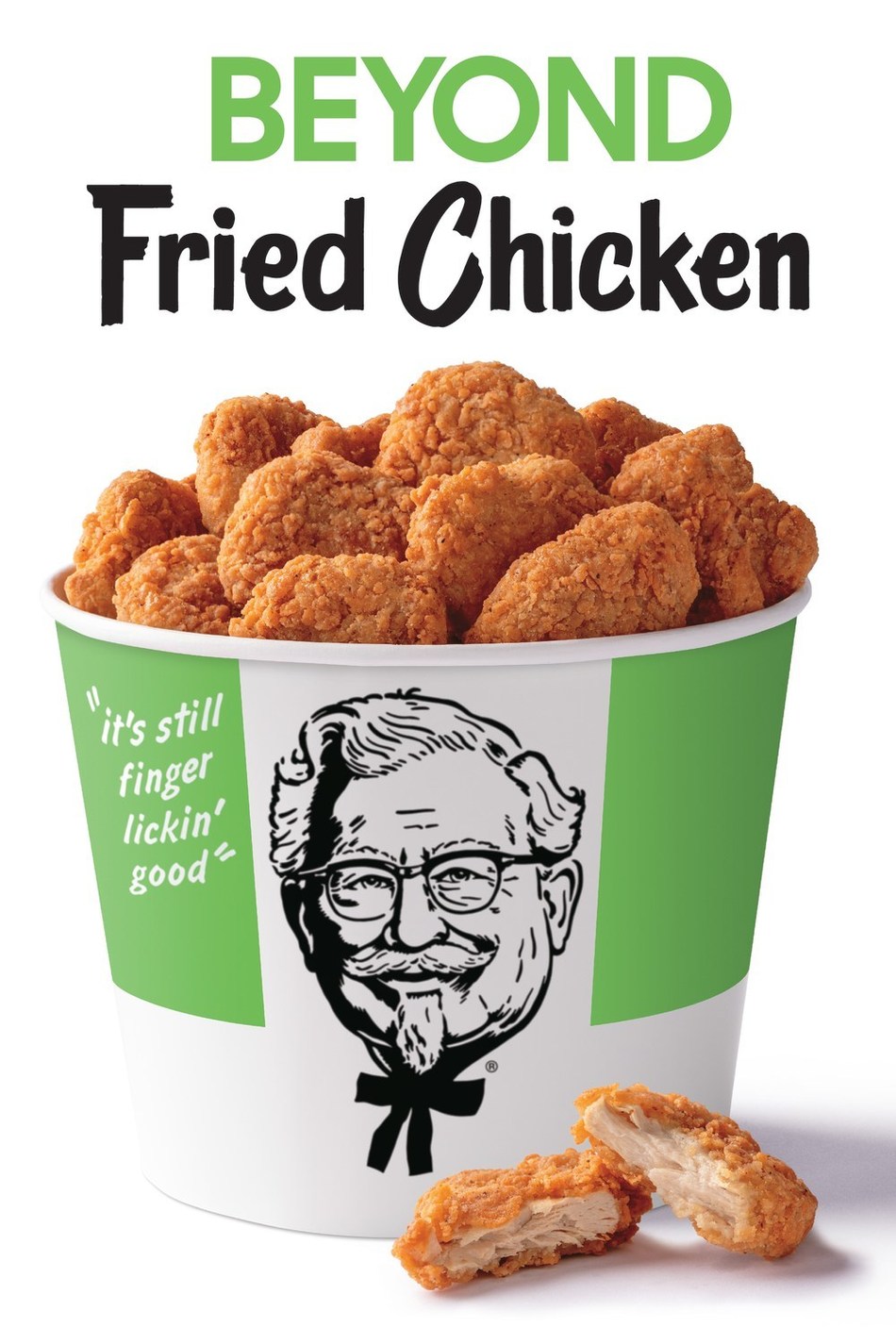 The expanded test comes on the heels of the overwhelmingly successful test launch in Atlanta last summer, making KFC the first national U.S. QSR to introduce plant-based chicken in partnership with Beyond Meat. With customers lining up hours before the restaurant opened and cars double-wrapped around the drive-thru and down the block, Beyond Fried Chicken was in high demand and sold out in less than five hours.

The success of the initial test motivated both brands to make additional improvements to Beyond Fried Chicken, creating a plant-based protein that looks and tastes like KFC's world-famous fried chicken, but with the attributes of plant-based meat. The new recipe is designed to deliver on the taste and texture of whole muscle chicken.

"The iconic flavor of Kentucky Fried Chicken is one that has never been replicated, despite many imitations, until now," said Andrea Zahumensky, chief marketing officer, KFC U.S. "We've really pushed the limits to develop plant-based chicken that I think will have KFC and plant-based protein fans saying, 'That's finger lickin' good.'"

"The response in Atlanta continues to underscore the growing consumer demand for high-quality, delicious plant-based meats. Together with KFC's team, we have created a plant-based chicken that looks, tastes and pulls apart like a chicken breast. I am very proud of what our R&D teams have accomplished and look forward to continuing to lead the charge on plant-based chicken," said Ethan Brown, Beyond Meat Founder & CEO.

Beyond Fried Chicken will come with your favorite dipping sauce, like KFC's signature Finger Lickin' Good sauce, or tossed in one of three tasty sauce options: Honey BBQ, Buffalo or Nashville Hot. Offers will range from four to 12-piece a la carte and combo options.

Beyond Meat, Inc. (NASDAQ: BYND) is one of the fastest growing food companies in the United States, offering a portfolio of revolutionary plant-based meats. Founded in 2009, Beyond Meat has a mission of building meat directly from plants, an innovation that enables consumers to experience the taste, texture and other sensory attributes of popular animal-based meat products while enjoying the nutritional and environmental benefits of eating its plant-based meat products. Beyond Meat's brand commitment, "Eat What You Love," represents a strong belief that by eating its portfolio of plant-based meats, consumers can enjoy more, not less, of their favorite meals, and by doing so, help address concerns related to human health, climate change, resource conservation and animal welfare. Beyond Meat's portfolio of fresh and frozen plant-based proteins are currently sold at approximately 58,000 retail and foodservice outlets in more than 50 countries worldwide. Visit www.BeyondMeat.com and follow @BeyondMeat, #BeyondBurger and #GoBeyond on Facebook, Instagram and Twitter.